Sarajevo, the capital of Bosnia and Herzegovina, lies in the narrow valley of the Miljacka River at the foot of Mount Trebević.

Sarajevo was the biggest and most important Ottoman city in the Balkans after Istanbul. Sarajevo was known to be a melting pot of cultures in the way different faiths co-existed in the city. In its small old town, you could find a mosque, an Orthodox church, a Roman Catholic church, and a synagogue.

Ideally, you would want to spend two to three days in the city to make sure you have covered what the city has in store. Stroll around the Old Town, shopping for souvenirs at Baščaršija, visiting the old Bazaar building not forgetting the attractions along the Miljacka river and a visit to the Sarajevo War Tunnel are some of the must-do activities.

SalamAir is the first low-cost airline in Oman and fly from Sarajevo to Muscat and onward to over 20 destinations, click the below to explore cheap tickets to Sarajevo! 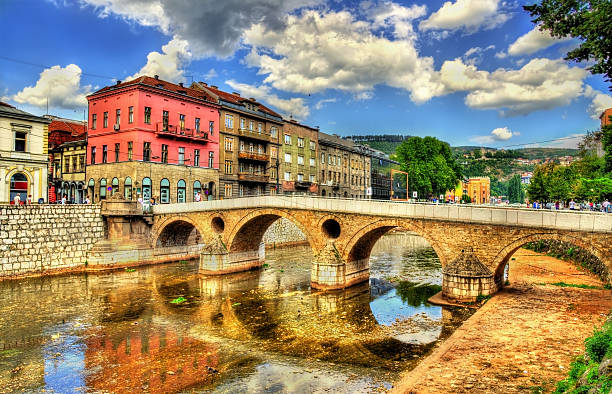 Find out more about Medina’s religion and traditions with a visit to Masjid an-Nabawi, the second holiest mosque in Islam and the second-largest mosque in the world after the Masjid al-Haram in Mecca. It was built by the Prophet himself next to his house; he settled there after his migration from Makkah. The mosque site was an open-air building with a raised platform for the reading of the Quran.

Head to Uhud mountain,  site of the second battle between Muslim and Meccans. The Battle of Uhud was the second military encounter preceded by Badr Battle in 623, where a small Muslim army had defeated a larger Meccan army. The Meccans desired to avenge their losses at Badr and strike back at Muhammad and his followers.

Visit al-Baqi site, the oldest and the first Islamic cemetery of Medina. The site located in the southeast of the Masjid an-Nabawi and contains the graves of some of Muhammad's family and friends. The grounds hold much significance for Muslims.