Planning a trip to Bahrain from Muscat. SalamAir offers direct flights to Bahrain every week, use the widget below to check out the cheap tickets to Bahrain!

Located between the Qatar peninsula and the northeastern coast of Saudi Arabia, Bahrain is a country in the Persian Gulf and the third-smallest nation in Asia after the Maldives and Singapore. Its capital is Manama, the official language is Arabic with English widely spoken. Bahrain is the site of the ancient Dilmun civilization. It has been famed since antiquity for its pearl fisheries, which were considered the best in the world into the 19th century.

Looking to fly to Bahrain? See below for our most popular flights

The Climate in Bahrain is hot in the summer, cold and dry winter. Rainfall in Bahrain is minimal and irregular which mostly occur in winter.

As an attractive tourist destination, Bahrain received a huge number of visitors every year. Most of these are coming from the Arab states. The visitors travel to Bahrain to discover its rich history and culture including its forts, Museums, mosques and its sandy beaches. In Manama, you can explore Bahrain’s history and culture at the likes of the Al-Fateh Mosque and the Bahrain National Museum. The story of the Bahraini people is so rich because the country lies on the major Arabian Gulf trading routes, its deep and safe natural harbours popular with sailors since time immemorial.

By sea, you can sail, dolphin watch, fish, scuba dive or kite surf. On land, there are gyms, horse riding stables and sports clubs, including rugby, tennis, soccer, cricket and basketball.

If you’re ready to fly to Bahrain, use the widget below to book your trip! 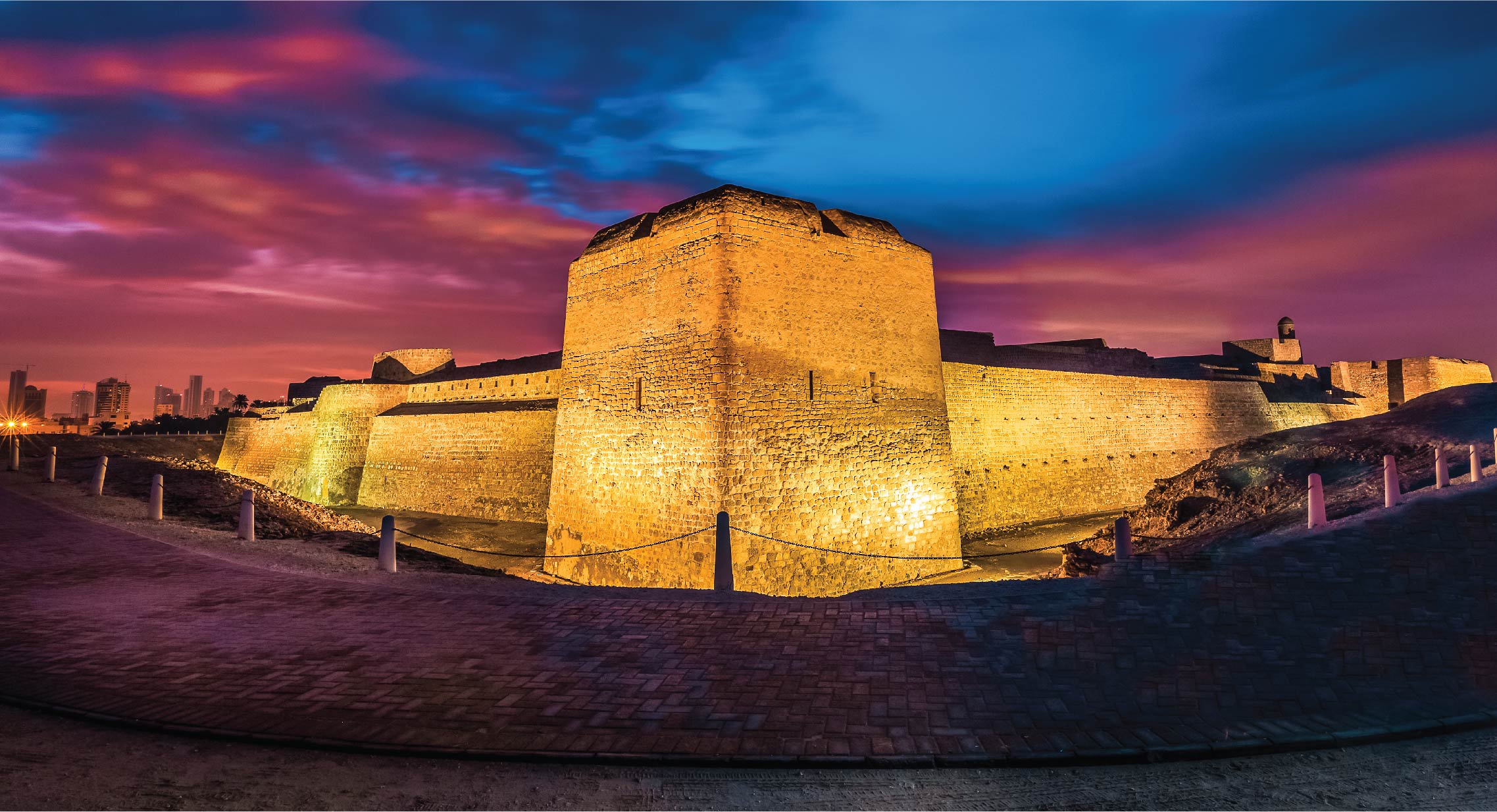 Find out more about Bahrain history and culture, visit Qal’at Al Bahrain, Ancient Harbour and Capital of Dilmun is an archaeological site. The site was one of the most important ancient civilizations of the region. It contains the richest remains inventoried of this civilization, which was hitherto only known from written Sumerian references.

Head to the Bahrain National Museum, the largest and oldest public museum in the kingdom. Its located in Manama and opened in 1988 by the Emir of Bahrain Isa bin Salman Al Khalifa. The museum covers 27,800 sq meters and is the country's most popular tourist attraction.

While in Bahrain, don’t forget to visit Bab Al Bahrain, the historic building located in Al Manama. marks the main entrance to the Manama Souq.The entrance was opened in 1949 and designed by the British adviser to the emir, Charles Belgrave.

Visit Arad Fort, a 15th-century fort in Bahrain. The Fort was built in the typical style of Islamic forts during the 15th century before the Portuguese invasion of Bahrain in ad 1622.