Lucknow, a large city in northern India, is the capital of the state of Uttar Pradesh. Lucknow is the heart of the architecture, art, cuisine, dance, culture, and music of Northern India

Lucknow is a city with buildings that showcase a range of ancient architectural styles, most of which date back to Mughal or British occupancy.

With much to explore Bara Imambara, Chota Imambara, Rumi Darwaza, Hazratganj market, The British Residency, Lucknow Zoological Garden, and Chowk are some of the locations that speak volumes to cities rich roots.

SalamAir is the first low-cost airline in Oman and fly from Lucknow to Muscat and onward to 20 destinations, click the widget below to explore cheap tickets to Lucknow! 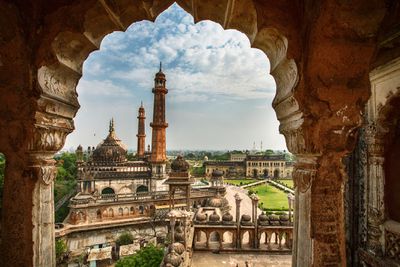